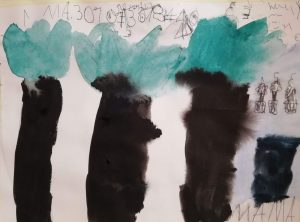 I do not know the answer to the spoken language, even if my boy’s memories fall on Esperanto, a newspeak that had a short life and that in the intention of its promoters should have been the European language of the future.
Even in art I believe that new languages are unlikely, from the first signs on the walls of the prehistoric caves, to the latest artistic trends, everything has been “used”.
Thank God Art does not have the “limits” of music, or the seven notes of the score, it can decline itself in infinite ways, in fact this also happens with the music while having a limited starting base.
Certainly there are similarities, déjà-vu, but innovation in art, although almost never succeeds in creating a new language, exists and has always existed. Perhaps more than innovation we could talk about transformation, recalling the fundamental postulate of Lavoisier which states that “nothing is created, nothing is destroyed, everything is transformed”.
In our time, accomplice to the fact that all the letters of the artistic alphabet have been used, or better reused several times, it is impossible to write new ones. All the great artists of the last century have drawn in full hands to the recent or remote past. If we think of Picasso we know that in his infinite artistic research, he has continued to reinvent himself, looking very carefully at African and prehistoric tribal art. As he other great artists have sought, in the sign, the answer to their need to express their being men and their emotions. Kirchner for example, and with him the Expressionists, has investigated through color the way of a language as possible directed to the human unconscious, without the need of cultural mediation, without the need for aesthetic approval and decoding Linguistic. Primordial, primitive, tribal art speaks without intermediaries, that is, without filters, directly to our most archaic part.

Where do we find this archaic part and how can we perceive its existence?

To do this we must return to the early years of our childhood, to when every experience that is experienced participates in the Constitution of our being individuals and anchors of the society we live in. Before that, before learning to speak, to write, to be an individual, we learn the sign not coded. We draw lines and circles with the intent to fix what we see, feel, taste. Isn’t this art archaic? Isn’t it as close to a universal language? Every child, whatever its origin, before even expressing itself in an accomplished language, relates to the outside through a sheet and a pencil. Unfortunately of that language we lose consciousness as soon as the conventions of society begin their slow, but inexorable process of “uniformity”, when we begin to become individuals involved. The disagreements replace the cries, the graphic stereotypes eliminate the freedom of the primordial thought and so in a short time all the children draw, by convention, a man in the same way: a circle for the head with a series of lines to indicate the Arts.
Here the spontaneity ends and the illusion of freedom begins. Not for nothing Picasso claimed that at the age of four he drew as Raphael but that he needed a life to return to draw as a child. All in all it is here in the heart of the matter. What we represent is what others, society, conventions, both expect to see.
From all this the children are, for some time, free. The other day my daughter Agatha, who has recently turned six years, in representing her mother has drawn an arm composed of a main line and many lines that out, surprised we asked what all the lines represented, she with Simple ingenuity answered us that they were fingers. To the question why so many, you said that five fingers were hurt. Unfortunately this fantastic innocence will fade away soon, but how enormously innovative it would be for me to have the ability to recall the emotion. To recall the primordial decoding of reality through the ruthless, unbridled and unrestrained imagination of a child would be, for an artist, the greatest dowry to be displayed on a canvas. So to answer the original question, I do not think there is the possibility to generate an artistic language ex-Novo but only to transform it. The instrument to achieve this is the ability to regress beyond conventions and re-appropriate child freedoms, without stereotypes, paradigms and conventions. To be able to access that part of our artistic brain that, I am sure, preserves the innate simplicity of innocence. 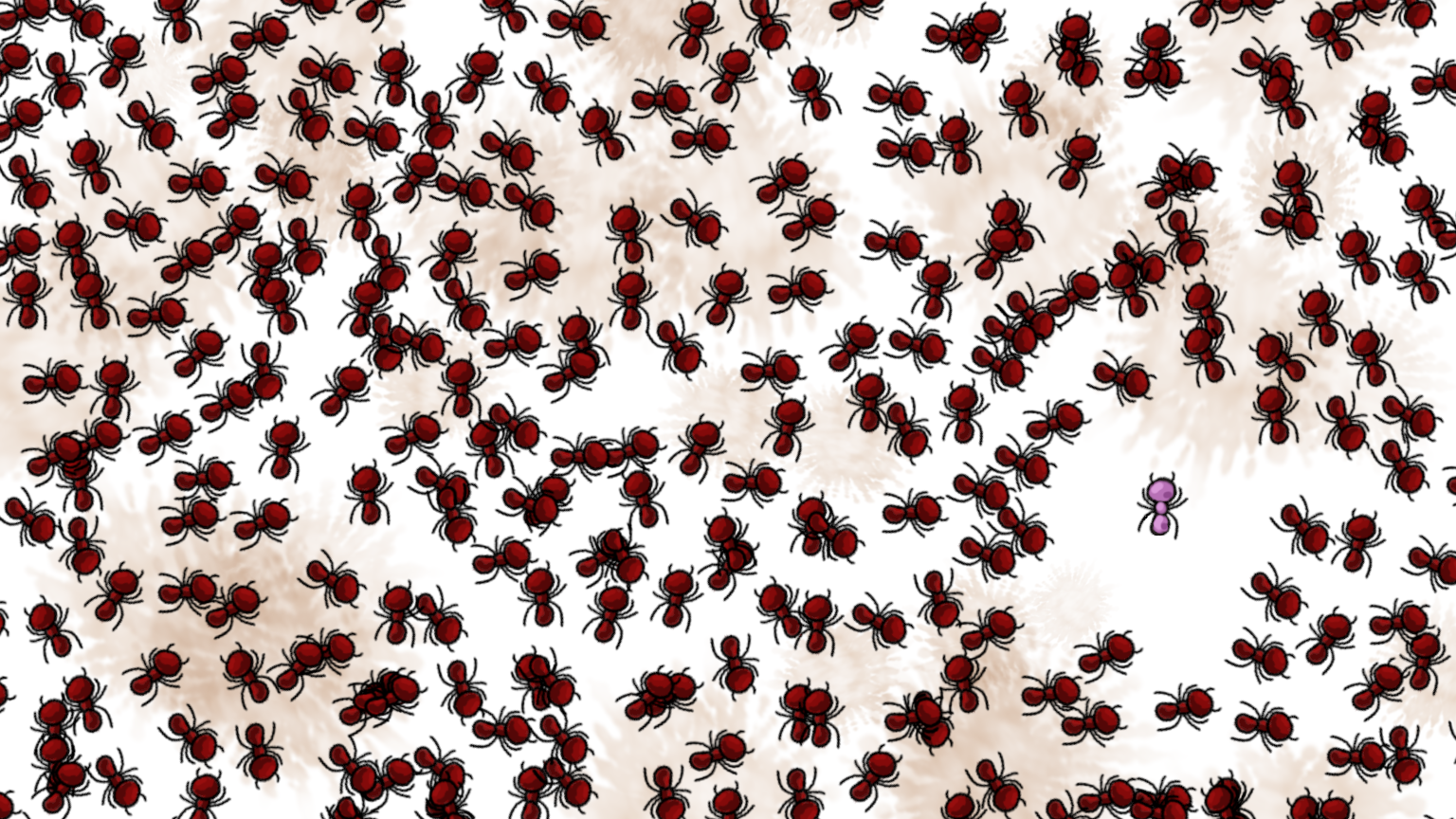 The project of the book takes shape, a short story enclosed in six tables, with the idea of transmitting simple concepts: diversity […]

Recently my wife, who is also an artist, began the realization of a book illustrated together with a friend writer. It is […] 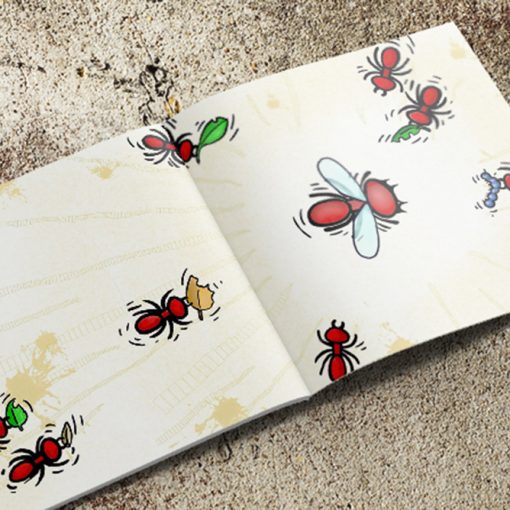 I make you peek in a page of the book that I am realizing, still missing the texts, if ever there will […] 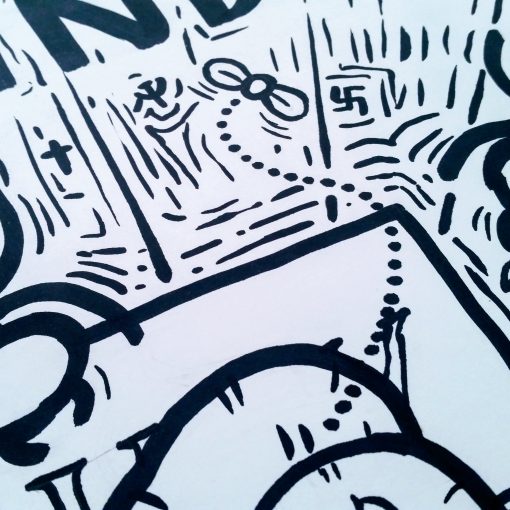 I decided to represent the decline of the monotheistic religions, where the dogma is a function of the “status quo”, often the […]